Discover Océanopolis
Accueil > News > 08-11/02 : Océanopolis invites you to the One Ocean Summit pavilion

08-11/02 : Océanopolis invites you to the One Ocean Summit pavilion

From 8 to 11 february, Océanopolis and 70.8 are organising the One Ocean Summit pavilion. 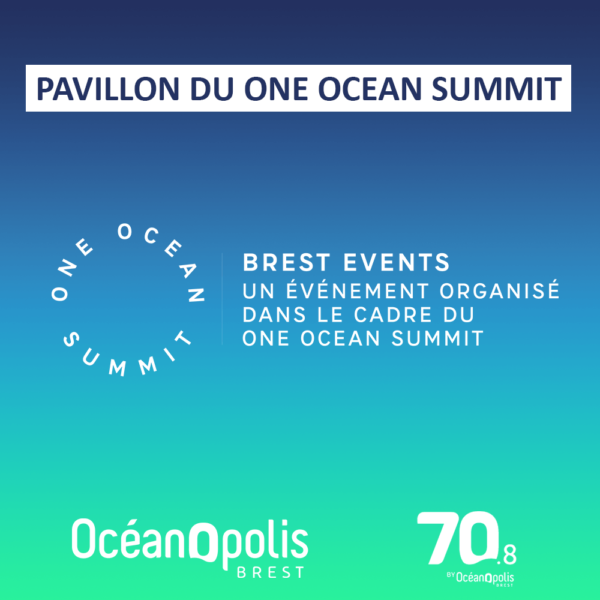 The One Ocean Summit pavilion is taking place in 3 Océanopolis places : the gardens, the Marion Dufresne auditorium and the events pavilion.

To let everyone to be a part of this event, the One Ocean Summit pavilion is freely accessible.

The one ocean summit in 3 questions

Céline Liret, scientific director at Océanopolis and exhibition curator  at 70.8, explains in 1:30 min what exactly is the One Ocean Summit.

The one ocean summit pavilion program

Explore 8 key themes ddressed during the One Ocean Summit workshops and forums to better understand the issues and expectations of this international summit:

Experts mini-conferences held in the public space to let you interact with eminent personalities from the scientific and oceanic communities.

The 9th of february :

A fun and educational space for younger visitors

A fun and educational space is offered in the Océanopolis events pavilion for younger visitors : “Let’s play collect’sea !”. Exclusive to Océanopolis, the game invites our younger visitors to discover marine biodiversity and protect it from threats. With colourful visuals and pieces made of natural materials, for an environmentally friendly approach, it will delight young and old alike in a calm and friendly space. Free access. 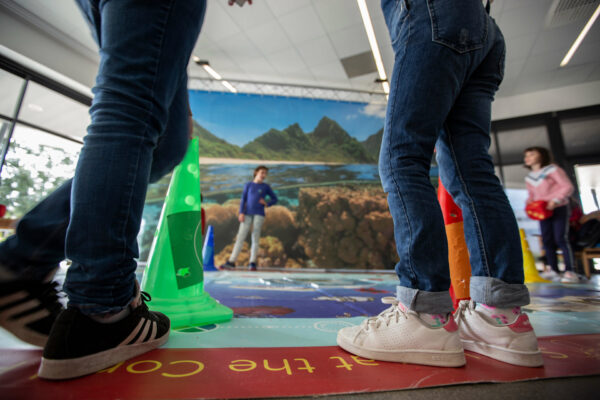 Freely accessible, this conferences and round tables offer you to develop themes of the One Ocean Summit.

This meetings are also accessible online, english subtitled, on the Océanopolis Youtube channel*.

*Except for the 9th of february at 5 pm round table which is broadcasted on the Océanopolis Acts Youtube Channel.

Date
The 8th of february
Hours
From 3 pm to 4 pm
Location
Auditorium
Access type
Free access, without reservation needed, subject to the number of available places

What will happen during the One Ocean Summit?

Oceans, science and society: from knowledge to civic commitment
From Brittany to the poles

An animated conference with 3 round tables based on the links between ocean sciences and society.

The conclusion of these exchanges will be provided by Bruno DAVID, president of the National Museum of Natural History.

Date
The 9th of february
Hours
From 2 pm to 4 pm
Location
Auditorium
Access type
Free access, without reservation, subject to the number of available places

Alongside Jean-Louis Etienne, doctor, scientist and explorer and also president of the Océanopolis Acts endowment fund, we bring together for the first time a selection of sailors and explorers:

This conference will be moderated by Adélaïde CASTIER, journalist for France 3 Bretagne and manager at Littoral magazine.

No more seats available for this conference. Follow the conference online >>

Images for the benefit of the ocean

Round table on images, addressing: making the invisible visible, sharing discoveries, changing how we look at the oceans and challenging society.

Date
The 10th of february
Hours
From 2 pm to 3 pm
Location
Auditorium
Access type
Free access, without reservation, subject to the number of available places

Date
The 10th of february
Hours
From 6:30 pm to 8:30 pm
Location
Auditorium
Access type
Free access, without reservation, subject to the number of available places

Participative conference
« Governance of the high seas and the protection of its biodiversity: see you in New York! »

A participatory conference and a unique meeting of citizens based on a hot topic on the international scene: the governance of the high seas and the protection of the biodiversity found there.

Thanks to an original and playful approach, express yourself live on real subjects of international governance which are currently being negotiated at the UN. Through political discourse and advocacy, experts on the subject will try to convince them of the merits of their action. What position will you vote for? 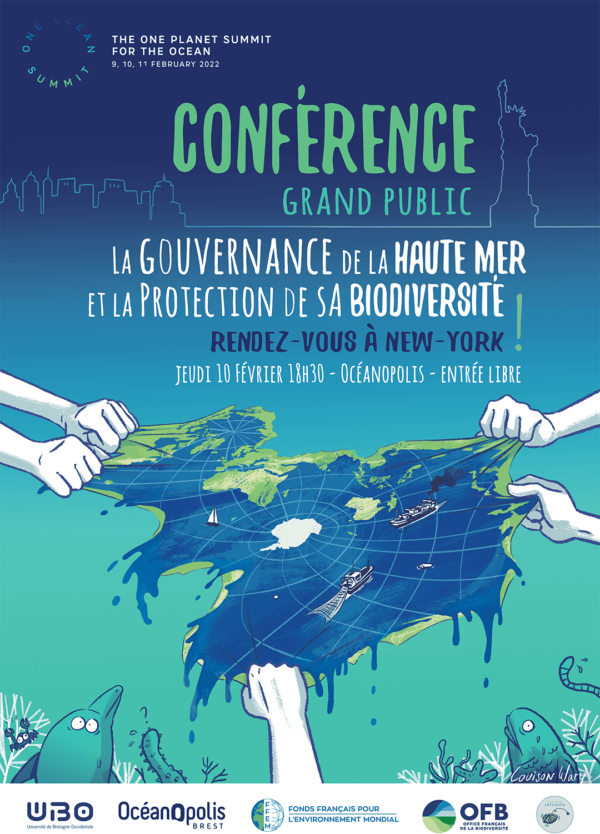 In 1970, the United Nations declared the mineral resources of the seabed as a ‘common heritage of humanity’. The function of the International Seabed Authority is to regulate the exploration and exploitation of these resources. Why are these resources so coveted? What are the environments they are in like? What do you think, should we exploit these resources?

After a brief introduction, the issues around these resources will be discussed by experts with different points of view !

All species contain genetic material which may be of potential interest for biotechnological applications, particularly in the fields of pharmaceuticals, cosmetics and biofuels. Species that live under extremes of temperature, pressure or low oxygen can provide opportunities for new discoveries. The question of the exploitation of marine genetic resources in the high seas is divisive. Some of the most technologically advanced states defend free access to them. Developing countries see them as a common heritage of humanity, implying a sharing of the profits derived from their exploitation. What do you think ?
After a brief introduction, the issues around these resources will be discussed by experts with different points of view !

It is widely accepted that fishing is the activity with the greatest impact on biodiversity in the high seas. Including fisheries in a new international legal instrument is the subject of a growing consensus, but how this can be achieved remains unclear. In particular, some states assert that fisheries are sufficiently supervised through the existing systems.
How can we reconcile the issues of conservation and fishing on the high seas ? After a brief introduction, issues around fisheries and conservation on the high seas will be discussed by experts with different points of view !

What happened during the One Ocean Summit?

This closing conference will be a time to share with the public the solutions and initiatives resulting from three days of international meetings based on our oceans.

Date
The 11th of february
Hours
From 5 pm to 6 pm
Location
Auditorium
Access type
Free access, without reservation, subject to the number of available places

An exhibition of photographs by students from the French and Quebec marine universities in the France-Quebec institute for scientific cooperation in support of the maritime sector (IFQM). The exhibition highlights photographs of students working in marine sciences and technologies at French and Quebec universities that are members of IFQM. The central theme of the photo competition, which ran through the autumn of 2021, was ‘preserving the oceans: an essential challenge for today’s societies’, divided into several categories.

For each of the categories, two photographs were selected by an exceptional jury made up of leading professional photographers, Laurent Ballesta and Mario Cyr, as well as experts in scientific culture, Céline Liret from Océanopolis and Olivier Grant from Biodome. Encouraged through social networks, the public also selected one photograph per category that was voted the public’s favourite.

The exhibition by the argos collective on ocean grabbing and the battles to preserve the common good that our oceans represent (patroned by François Gabart) continues its own journey, having been presented on the quais de Scène in Paris as well as at the IUCN congress in Marseille.

After making a first documentary series on climate refugees broadcast by the world press and published by MIT, then a series on the ecological footprint and impact of carbon in the world, Amer is a long-term work, started four years ago, focusing on the oceans and its man-made devastation: plastic pollution, overfishing, mass tourism, mining and global warming.

An exhibition organised by the argos collective, the French Biodiversity Agency (OFB) and Océanopolis

Accessible from the 8th of february to the 8th of march on the promenade of the Moulin Blanc marina, near Océanopolis. 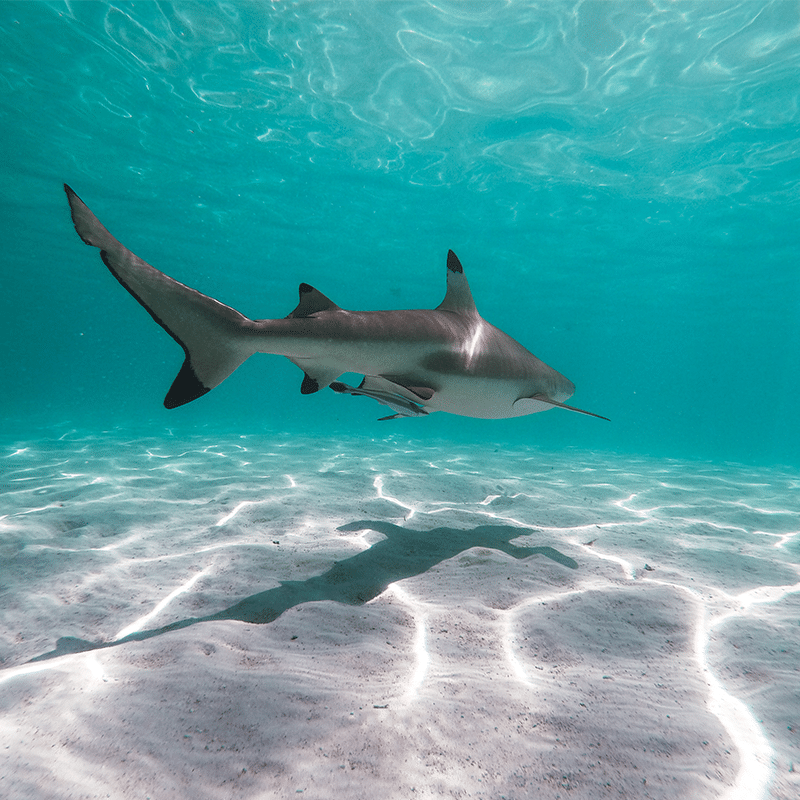 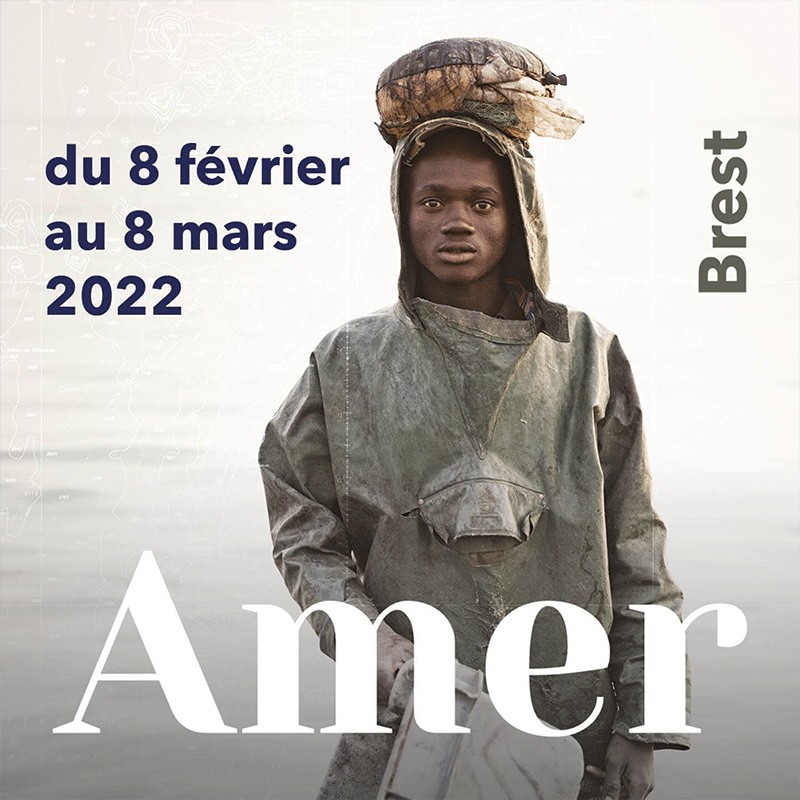 Bibus blue line is in service from 8 to 11 February with a departure every hour from 9 am to 7pm. Last departure from Océanopolis at 6:33 pm.

Discover this new museum space dedicated to the ocean and maritime innovations* to develop the themes debated at the One Ocean Summit.

*70.8 and the other spaces in the Ateliers des Capucins are closed from 8 to 11 february to host the One Ocean Summit. 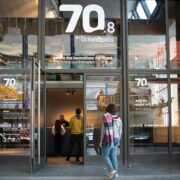