After the success of “XperienSea” with the Plankton 3D event in 2017 and 2018, Océanopolis renews and fine-tunes the concept.

This summer, Océanopolis offers its visitors a unique 3-dimensional dive to encounter marine life from the extreme depths of the abyss that essentially remains to be described. Very far from conditions on the surface, the organisms of the great depths have been able to adapt to the absence of light, strong pressures and the difficulty of finding food.

Abyss 3D invites visitors to discover an original path dedicated to new technologies. These animations in 3D with original scenarios are created by scientists from the University of Sorbonne, bring to light, organisms with forms, colors, movements and behaviors that are very close to reality. State-of-the-art technology with the ability to react to the commands of Océanopolis’s scientific mediators. Visitors will have the opportunity to admire the manipulation of dozens of abyssal models on the big screen. A way of informing visitors through innovative tools they can relate to.

• SPLUJ or the echo of abyssal depths

This related event will accompany Abyss 3D, Spluj throughout the summer, it offers visitors a radio and sensory immersion into the abyss. Comfortably seated in the amphitheater and equipped with headsets, the spectators are invited to the front row of a poetic and fantastic journey, via a deep dive into the depths of the abyss. Teatr Piba invites Océanopolis audiences to a radiographic and sensory journey deep into the ocean. Comfortably seated, wearing headsets, the interpreters will recount a scientific campaign aboard the ocean vessel The Pourquoi pas? during the summer of 2017. Written by comedian David Wahl, a true immersion between artists and scientists from Ifremer.

Please note that these animations are only in French. 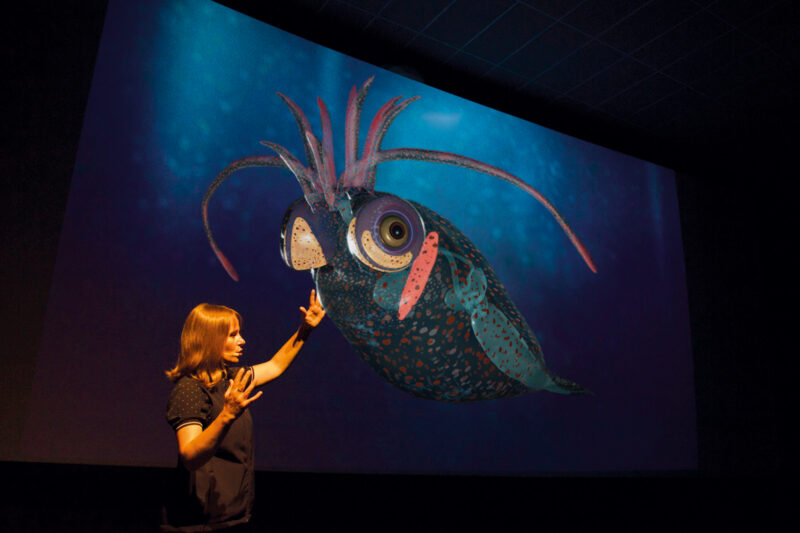